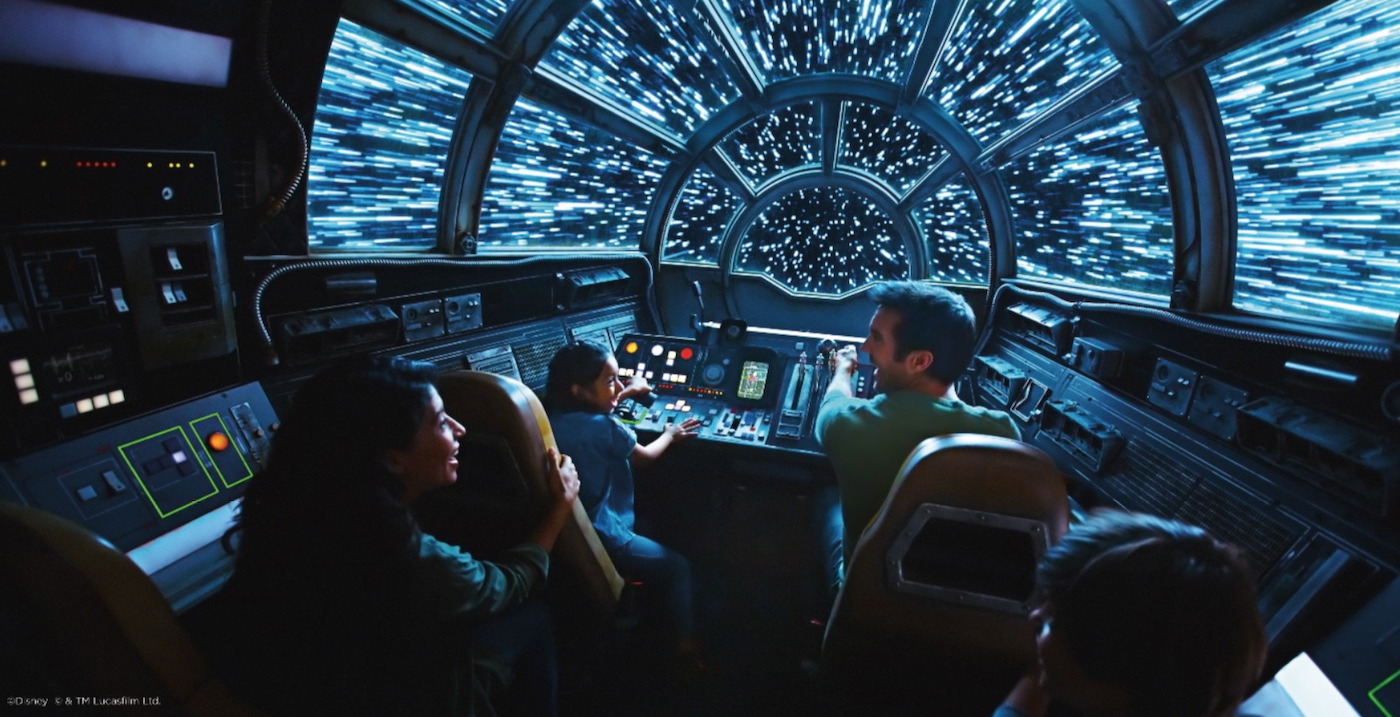 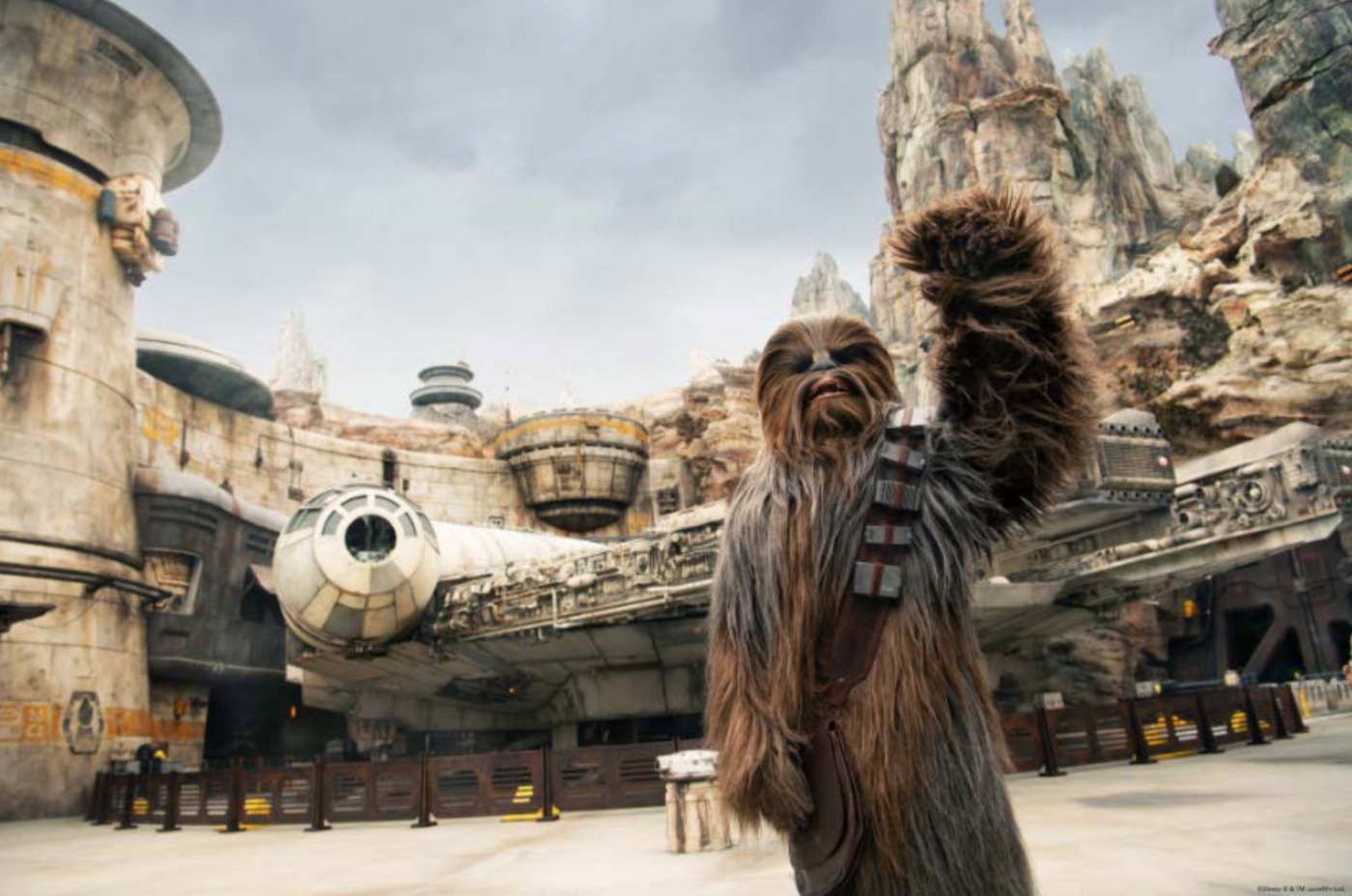 Set your coordinates for the edge of the galaxy to the planet Batuu where you’ll be immersed in the alluring offerings of a mysterious outpost and thriving port that’s a haven for scoundrels, rogues and smugglers. Throughout its markets, around corners and through back alleys, you can encounter strange creatures and alien languages. Touch ancient antiquities from across the galaxy. You can build your own droids and even construct a custom lightsaber† for your adventures ahead. Drop by the cantina to sample the local beverages and curious concoctions. Whether it’s taking in the sounds of the otherworldly music, the fragrance of exotic cuisine or the sights of things never before seen, this marketplace summons your senses to life like never before.

Ever flown a starship before? No matter. On Millennium Falcon: Smugglers Run, you’ll board the Millennium Falcon, where legends have been made and new ones are about to be created. You and your crew will answer the call to be part of a covert mission. And whether you’re a pilot, engineer or gunner, every role is crucial as you take control of the fastest hunk of junk in the galaxy. The engines rumble as the Falcon blasts off as you enter hyperspace and into the adventure you’ve always dreamed of. Along the way you’ll face excitement around every turn and sway, plus the looming threat of the First Order—who will forever label you as an enemy. Get ready to punch it! 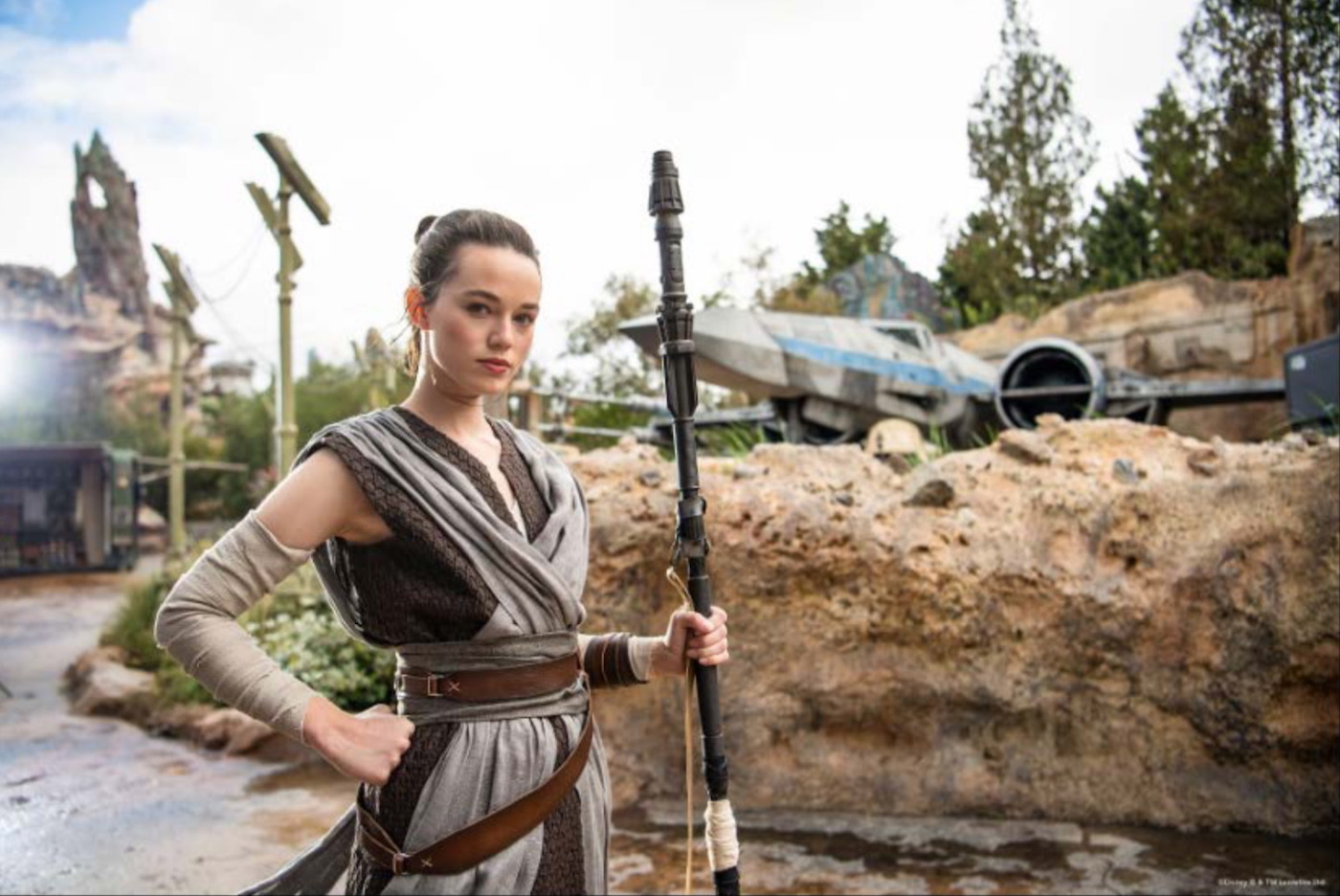 On Star Wars: Rise of the Resistance, opening December 5, 2019, steady your nerves and summon your resolve because you and other Resistance recruits have boarded a transport that has been captured by a Star Destroyer. Keep your head down. In an instant, you’ll be caught in blaster fire from stormtroopers surrounding you. And if that’s not enough, you’ll discover how huge the excitement can get when you round a corner and discover a towering AT-AT—with its lasers pointed…Right. At. You. But then, what’s that? In the heat of it all, you’ll feel an unmistakable presence in the air as a sudden red glow cuts the darkness and the crackle of a lightsaber announces an inevitable showdown with Kylo Ren himself.

So, raise a glass of Blue Milk. Because soon the time will come to live your adventure in a galaxy far, far away at Star Wars: Galaxy’s Edge.