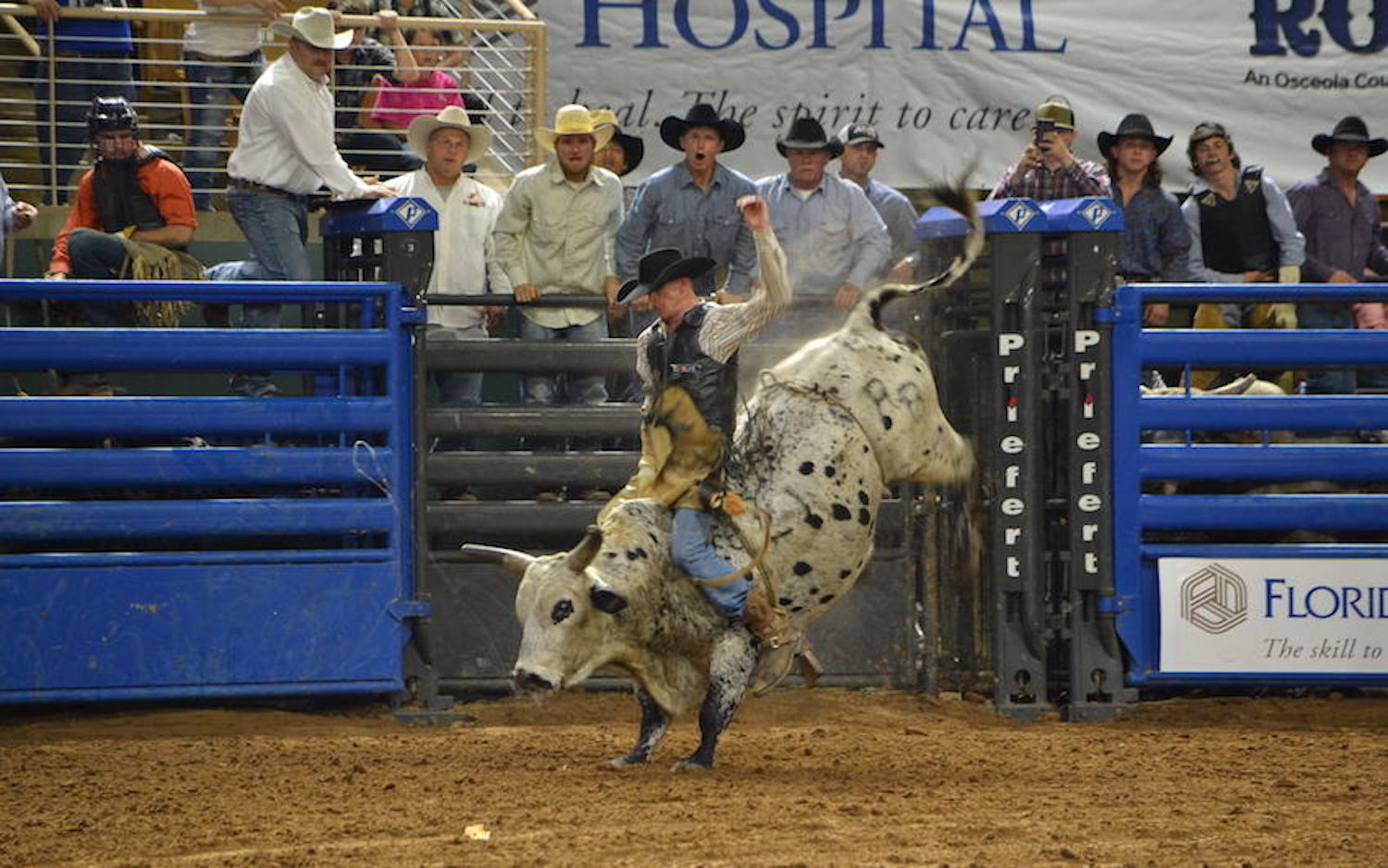 Freestyle Rodeo Bull Fighting is back in action.  Last Saturday, was a historical event.  For the first time in 17 years, the Professional Rodeo Cowboy Association (PRCA) sanctioned an official Bull Fighting competition at Osceola Heritage Park.

Now, I know what some of you are thinking.  A guy, standing out in the red cape waving it around, while the bull chases it.  No!  This is not one of those types of bull fights.  Not even close. 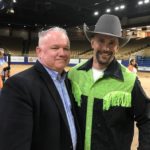 “A Rodeo Bull fighter’s job during the bull riding competition to protect and get in between the bulls and bull riders when they get bucked off.”  Phill Hussman, (a professional bullfighter) explained to me.  He said, “Freestyle Bull Fighting is a way for us to show the talent and the skill set that takes to protect the bull riders and to work the bulls.”

PRCA Freestyle bullfighting is a 70-second competition in which the bullfighter avoids the bull by means of dodging, jumping and use of a barrel.  From the start of the “fight”, the bull fighters job is to engage with the bull as much as possible.  The bull chases the fighter around the arena, as he dodges, dips, dives, duck and dodges the bull as much as possible.  The more the bull is engaged with the fighter, the more points the fighter scores.  During the last 30 seconds, the fighter engages the bull using the barrel.  The more bull engages the barrel, the more the points the fighter scores.  At the end of the 70 seconds, a horn is blown and the fight is over.

Oh, and let’s not forget about the Monster Bulls Riding competition that was held prior to the bull fights.  24 brave men jumped on the back of some the craziest bulls in the rodeo circuit.  I mean that!  The Silver Spurs Rodeo Bulls are raised here in the swamps of Central Florida, and they have a reputation of being some the toughest bulls.  This competition was action packed.  I highly suggest checking them out, next time they are in town.

Feel like you missed out?  Don’t worry, the 138th Silver Spurs Rodeo runs this weekend at Osceola Heritage Park in Kissimmee from Friday, Feb 17th – Sunday, Feb 19th.  Along with bull riding, you can see Bareback Bronc Riding, Barrel Racing, Saddle Bronc Riding, Steer Wrestling, Team Roping and a crowd favorite, Mutton Bustin’.  Muttin Bustin’ is an alternative rodeo event just for the little cowboys and cowgirls to compete in. Placed upon the back of an adult sheep, the objective is simple… hold on for 8 seconds without hitting the ground. While the objective may be simple, holding on to a running sheep is not!  I can’t wait to see this.  Click here to purchase your tickets today!! 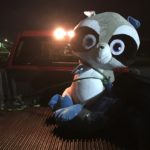