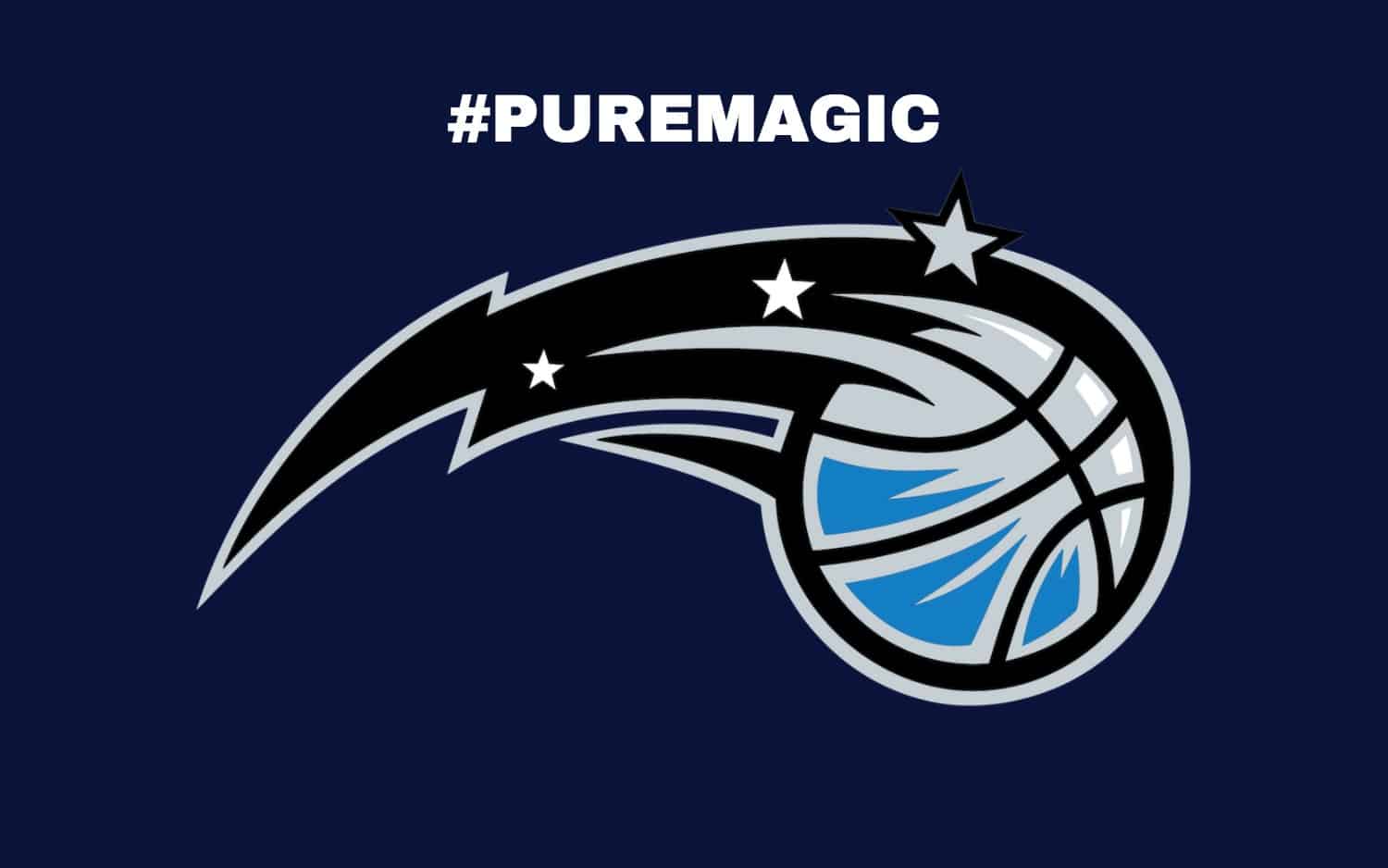 Have you ever wondered what it’s like to be inside the Orlando Magic’s Locker room?  Or on the floor standing next to the NBA’s biggest Jumbo-Trons at the Amway arena?  Well a few weeks ago, I got to do just that by going on a tour of the Amway Center Orlando Magic style. 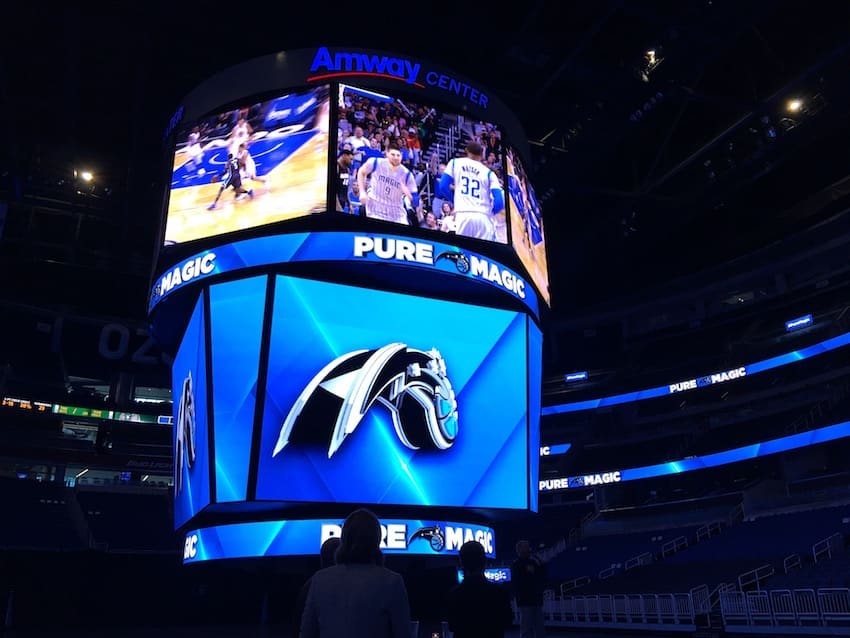 When I first walked out onto the floor at the Amway Center, I was on cloud nine.  To think that the NBA’s biggest stars actually played here.  It was an absolutely an amazing feeling.  Now, don’t get me wrong I have been to the Amway Center many times, for basketball games, concerts, arena football and others, but never have I been so close to the Magic.  (Like what I did there?  Magic?  Get it!?)  Ha!

It was then that I realized that the Orlando Magic’s Jumbo Tron had been lowered down to where it was just off the ground.  This thing was HUGE!  (Or as Donald Trump would say…YUGE!)  The center-hung scoreboard consist of 18 separate video displays. The four main HD LED screens measure 17 feet by 24 feet each, and another eight displays feature more video, scores and statistics.  Altogether, the scoreboard measures 42 feet by 41 feet, contains 9 million LEDs and weigh about 40 tons.  I say again… YUGE!  The color and clarity of this thing was brilliant.  You never realize how big something is, until you are standing next to it. 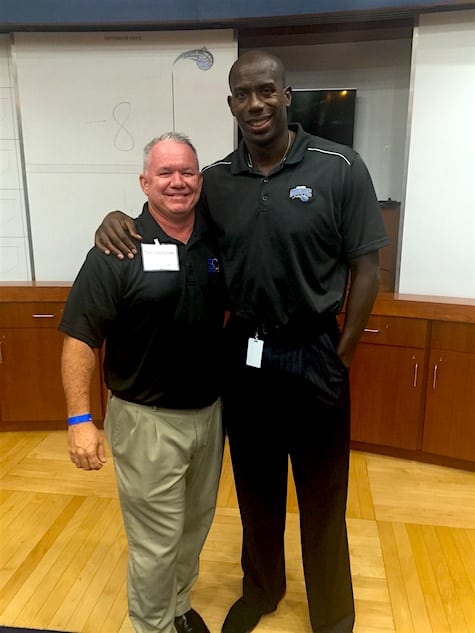 Then it was time to head into the locker room.  I was stoked!  Walking in, there was a great feeling of nostalgia.  Some of Orlando Magic’s biggest (and tallest) stars have been in here.  It was circular in shape and very modern.  They said it was circular because it was easy for the coach to stand in the middle and talk to everyone.   Each player had their own locker (more like a closet) and chair in front of it.  Also, to one side was a big screen TV and a grease board where the players watched replays and such.  It was then that the legendary Bo Outlaw was introduced to us.  Holy crap!  It was really him.  He then explained what it was like to be in the locker room during half time.  It was very interesting to say the least!  He took a few questions and then the subject came up about the “visitor’s” locker room.

Apparently, although the Amway Center’s locker room was not that bad, there are many others that are horrible.  When asked about the worst “visitor’s” locker room he had been in, he immediately without a doubt said Madison Square Gardens.  Apparently the Celtics visitor’s locker room was no bigger than an average walk-in closet with fold out chairs and no A/C.  Ha!

Our final stop on the tour was the press room.  This is where the coaches and players give their thoughts to the press after the game.  It was much smaller than I expected but cool none the less. 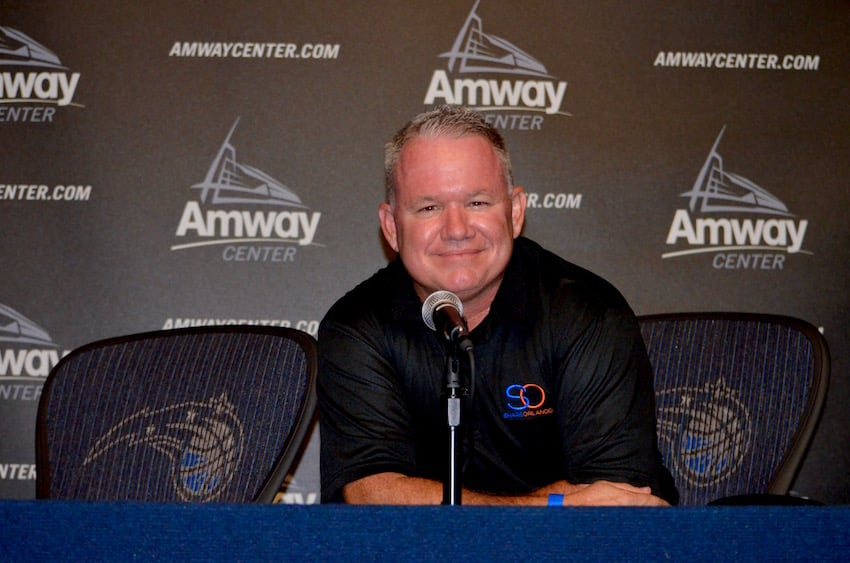 We then headed back out onto the arena floor where Matt Lloyd (Orlando Magic’s Assistant General Manager) was there to tell us a little about how the Orlando Magic recruits and scouts for up and coming players.  The statics and algorithms these guys use to see just how well college players will perform in the NBA is amazing.  I learned so much! 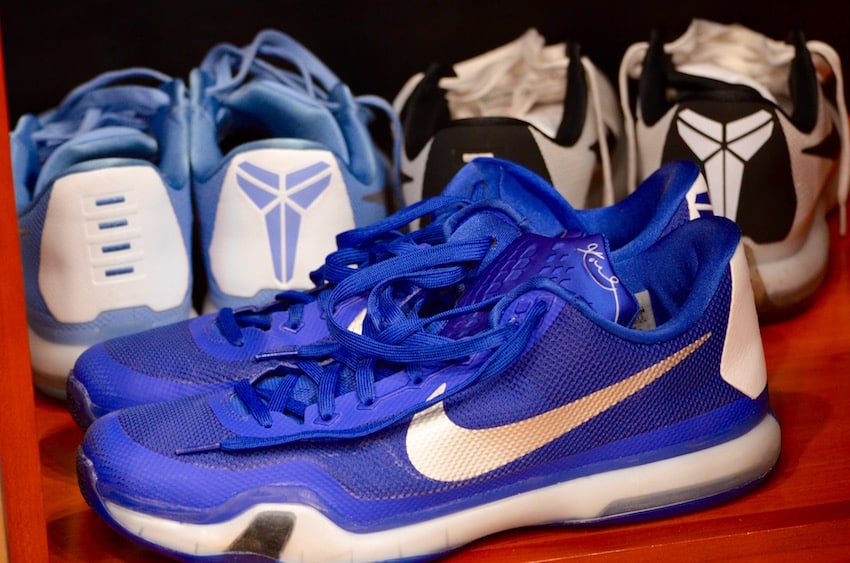 As you can see touring Orlando’s Amway Center (Orlando Magic Style) was a ton of fun and very educational.  If you ever get the opportunity to do it, I would highly suggest it.  Special thank you to the Orlando Magic Sales staff for inviting my out to this unique event! 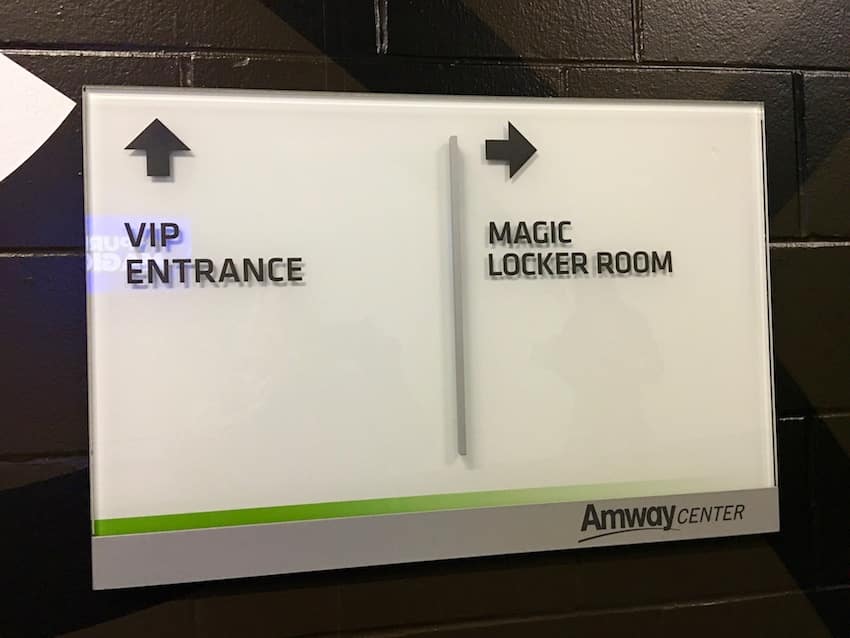 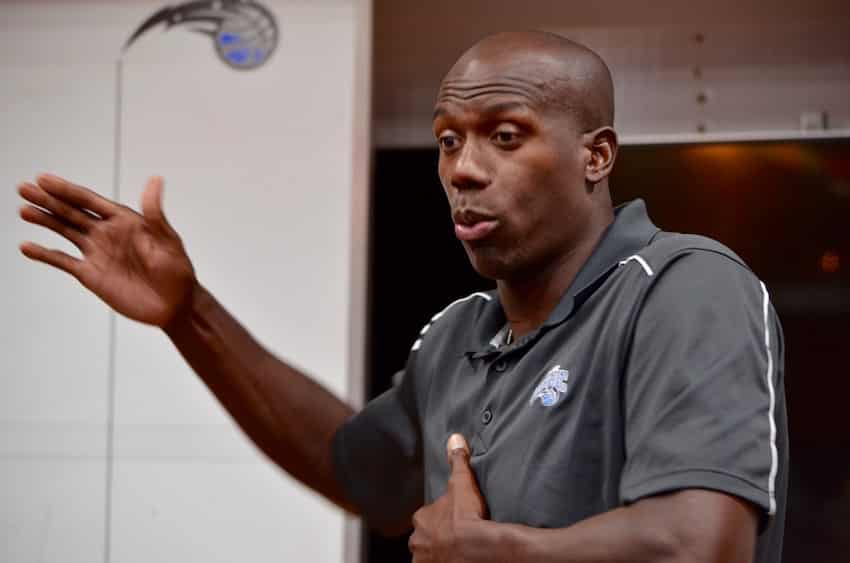