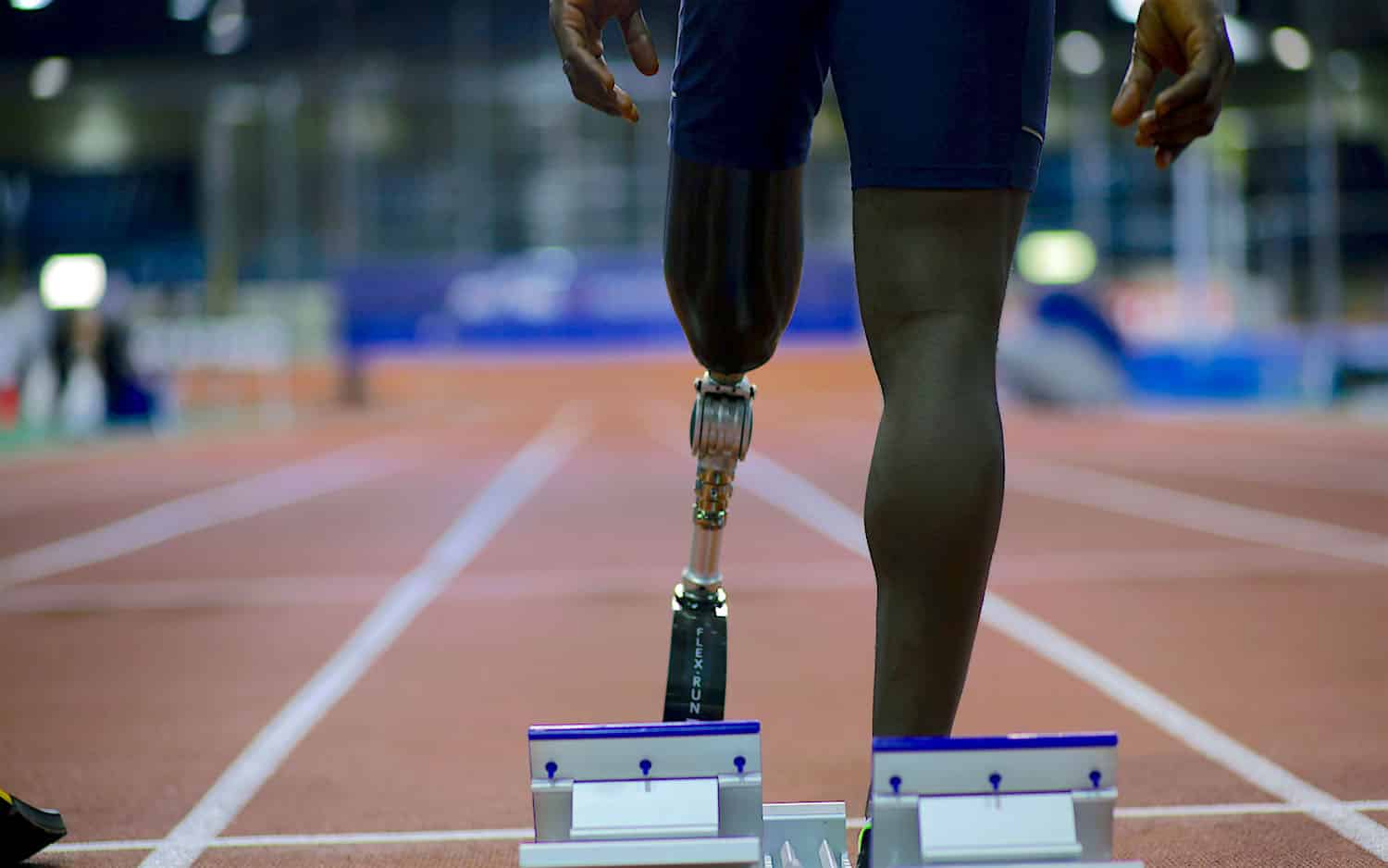 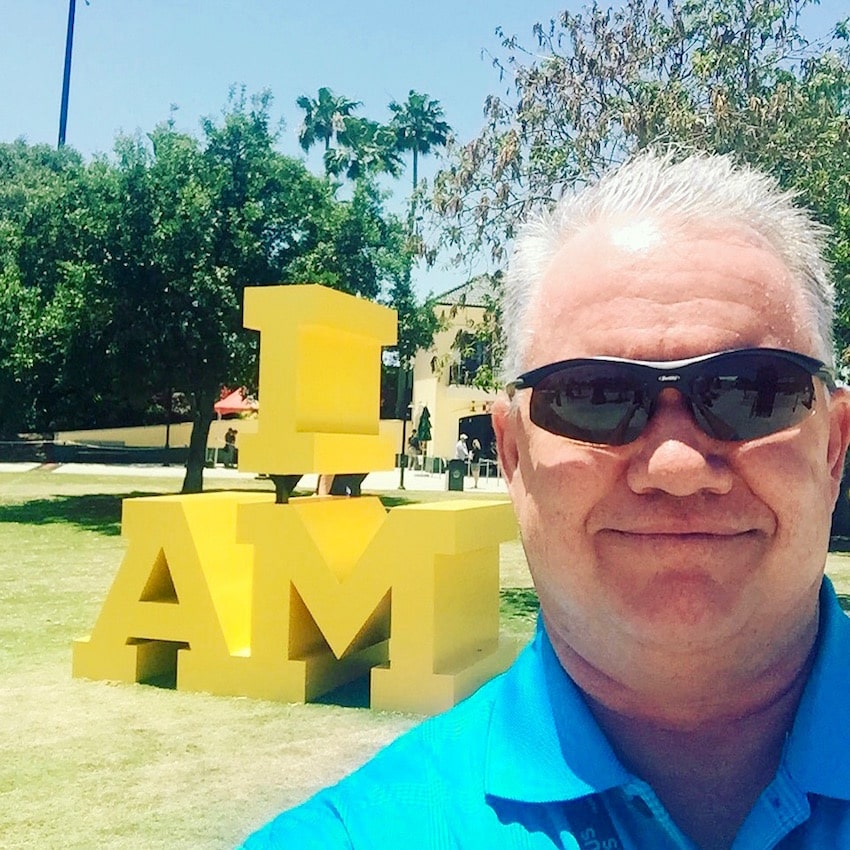 In case you didn’t know, the 2016 Invictus Games was held this past week at Disney’s Wide World of Sports.  The Invictus Games are designed to aid in the recovery process of our wounded warriors.  Like the Olympics, 14 different countries participate making up over 500 athletes from around the world.  It was a truly amazing event.

As a former veteran of the United States Army, serving in the 125th Military Intelligence Battalion of the 25 Infantry Division, this event was especially close to my heart.

From swimming, to track and field, to sitting volleyball, to wheelchair rugby, this was an event like no other.  I had the opportunity to meet some of these warriors, speak with them and watch them compete.  Sure, some of them are missing a leg, or both legs, a hand or arm, but they ask for us not to feel sorry for them.  They ask us to share in the celebration with them for conquering these huge setbacks and for representing their country again, in the name of sport.

The first event I got to be part of was indoor rowing.  I didn’t really know what to expect, but the second these athletes took their seats, I knew I was in for something special.  These men and women competed in many different categories (depending on their injuries) and gave it their all. 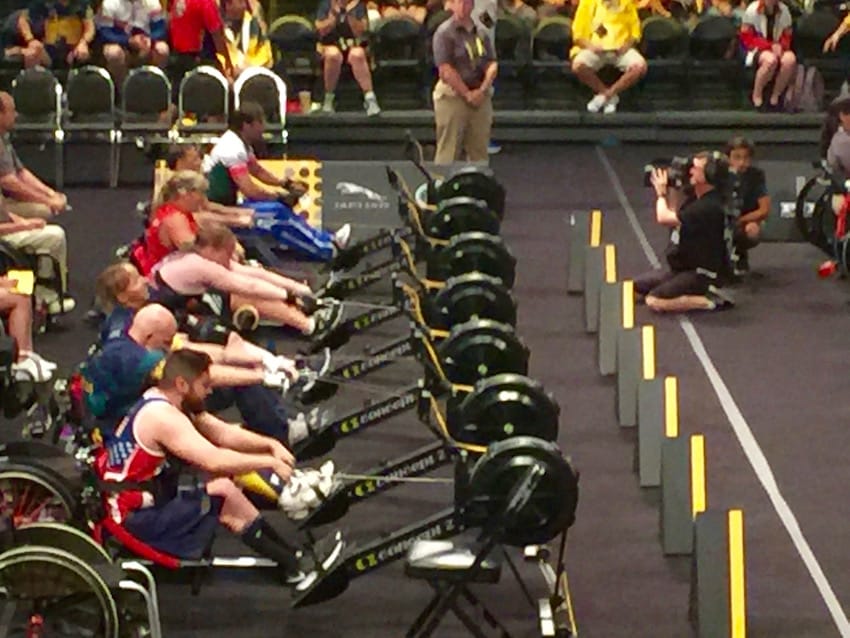 I watched as these athletes rowed with no legs, using upper body strength only.  I watched as some rowed with only one arm.  (Ever try using a rowing machine with just one arm?  It’s not easy!)  While watching this event live, I realized something.  The love and support that these athletes have for each other was simply amazing.  And the friends and family that were there giving their support was truly heart-warming.  I have to admit. I was absolutely an emotional wreck.  The love and support in that building was like nothing I have ever witnessed before. 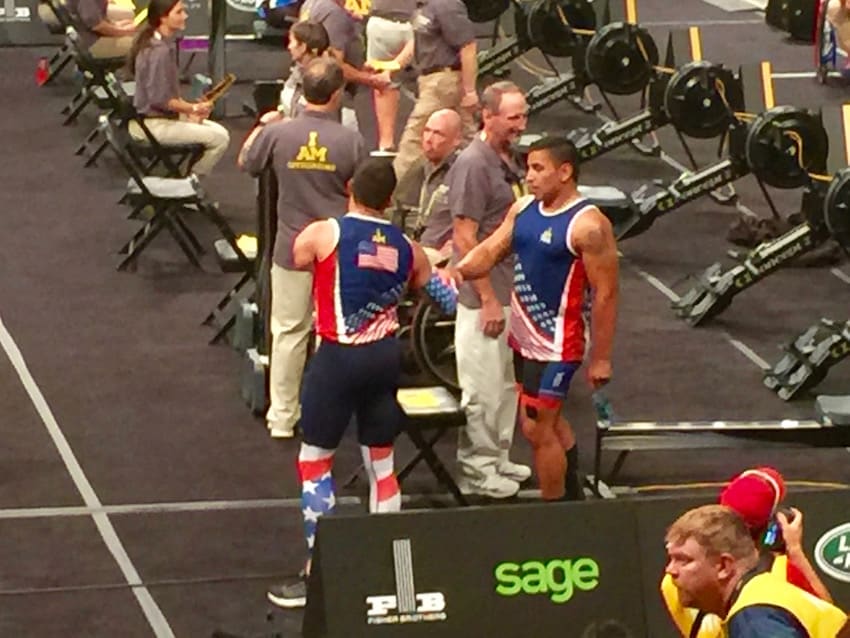 The swimming event was absolutely amazing.  I watched Tim Payne take gold in the 100 Meter Freestyle Event who tragically had both legs blown off by an IED in Afganistan in 2003.  I watched as Prince Harry give Elizabeth Marks a Gold Medal for 100 Freestyle event. However, she quickly returned it back to the Prince and asked him to present it to the Papworth Hospital in England.  The hospital that saved her life just two years prior.  I can go on and on about the stories that came out during this event. 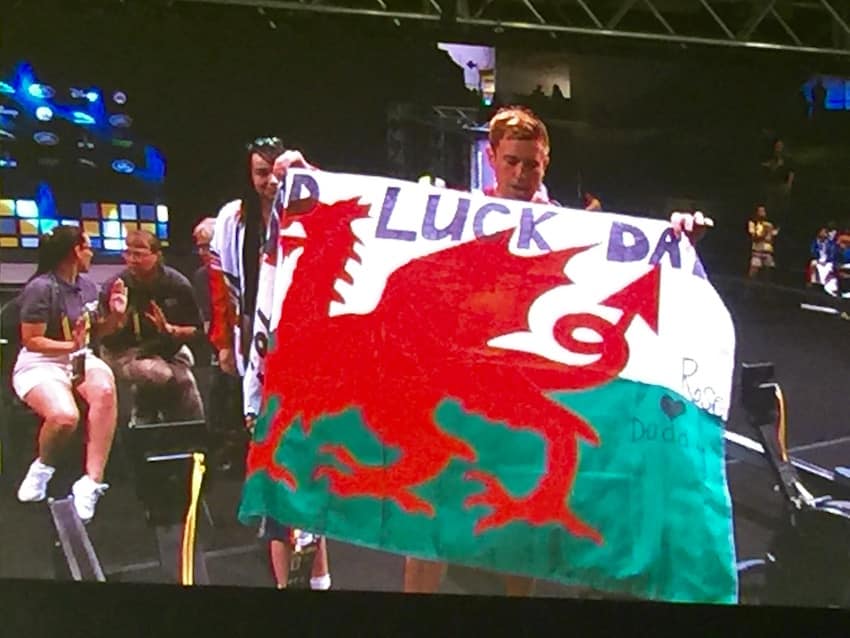 The sitting volleyball event had its own story too.  The team from Georgia (the country) upset the Holland team to win the bronze medal.  The story here is that the Georgia Team had no coach and learned to play sitting volleyball by watching YouTube videos.  And  Team USA won the Gold in a thrilling 3 game match with the UK team. 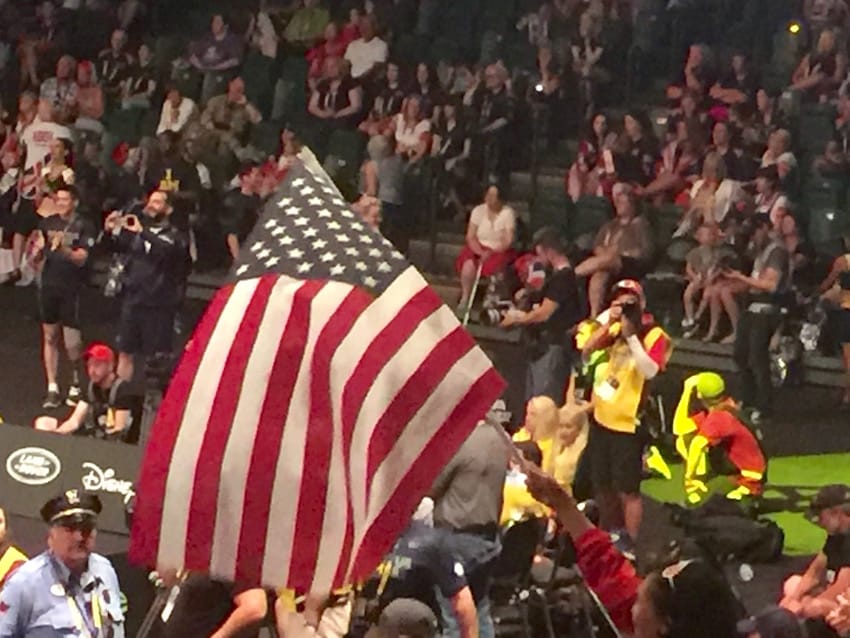 One of my favorite events was Wheelchair Rugby.  I really didn’t know what to expect, but it ended up being the most entertaining, fun and violent event I watched.  I say violent because there were some massive collisions between the wheelchairs, but apparently the wheelchair takes most of the force, leaving the driver unharmed. The way these men and women moved the wheelchair around the court was simply amazing.

So many awesome stories came out of the Invictus games there are just too many to write about.  I could go on and on! 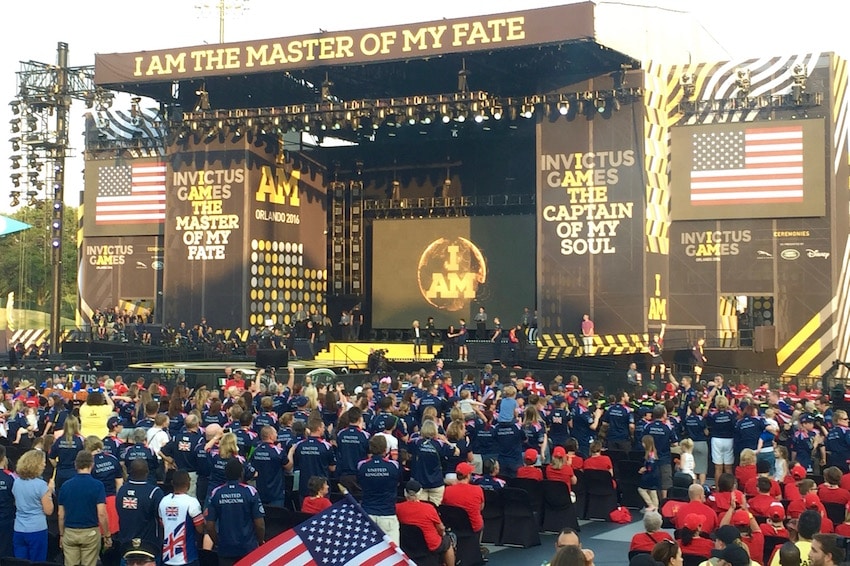 As I said before, the Invictus Games were like no other event I have ever attended, and I am truly honored to have witnessed it. 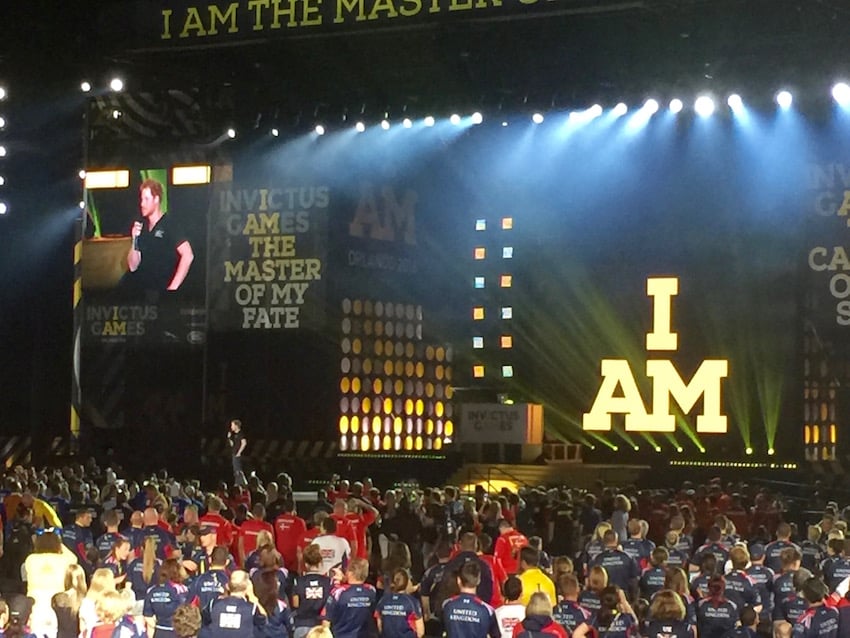 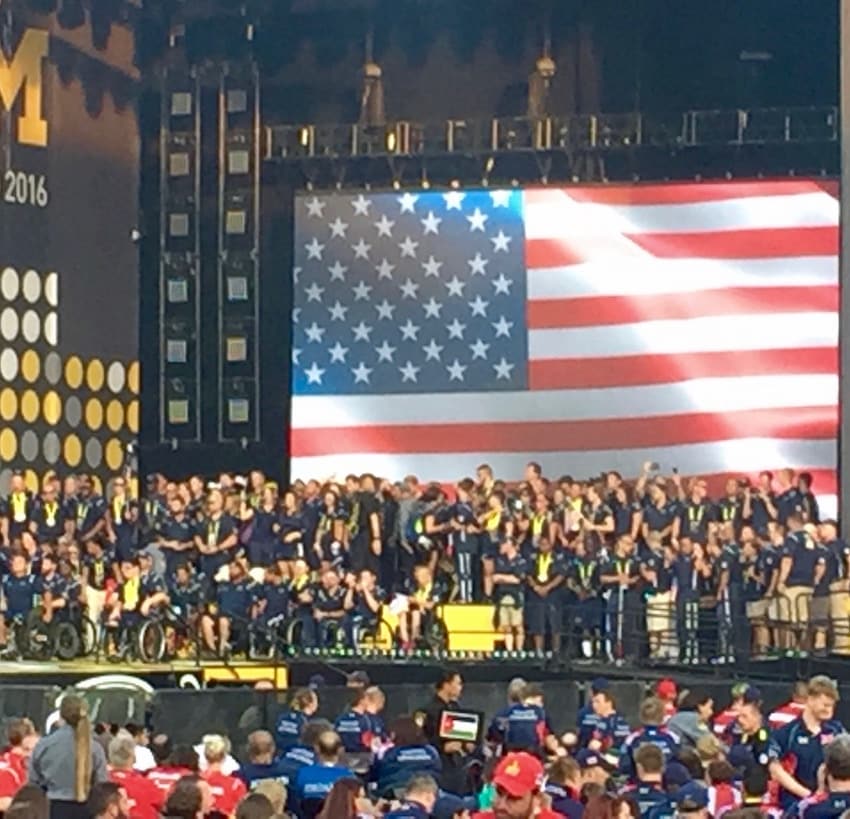