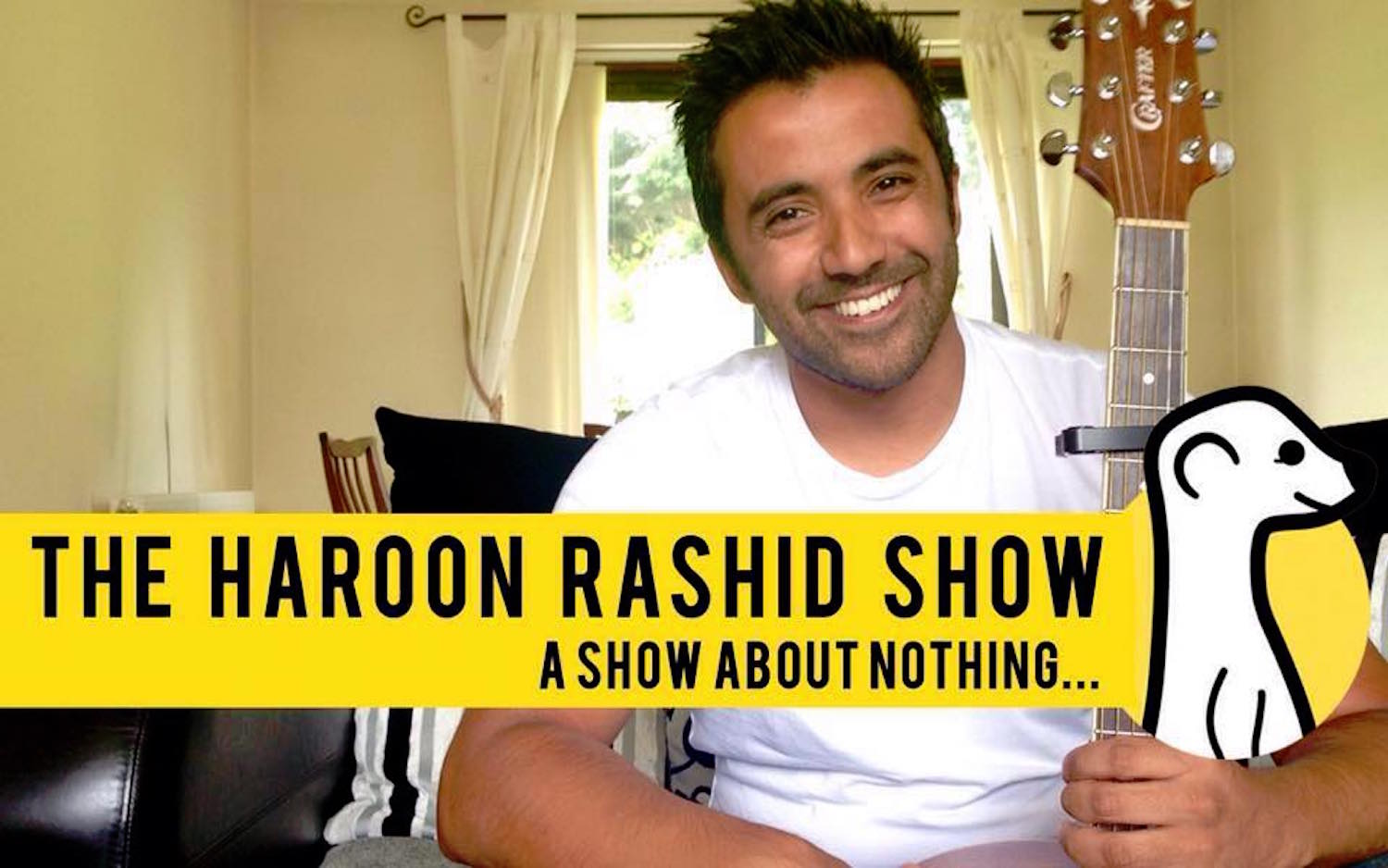 Monday morning two weeks ago started out like any other. I awoke, grabbed my iPhone and tuned into Meerkat. While looking at the Meerkat feeds, I came across the Haroon Rashid Show and instantly my live had changed forever! I will never forget the first impression that Haroon made while singing his song “Pretty Eyes”.  I saw a man who was ‘truly happy’ and enjoying the moment while singing, smile and laughing. I was deeply touched by Haroon’s musical talents. I immediately envisioned interviewing him on Skype, while using the program ‘Snag-It’ to catch every detail of the interview. As I write this, I am listening to Haroon perform his song ‘Star’ on Facebook which allows me to feel at total peace and focus on my writing, feeling like there is no other place I would rather be at this very moment in time.

We learned there is a very high number of local Central Florida residents who count themselves as fans of Haroon Rashid. Since ShareOrlando.com is always looking for ways to better connect to our audience, we thought we would bring you a bit more info about an artist with a global appeal that is connecting with thousands and quite a few right here in Central Florida. Haroon is one to watch. 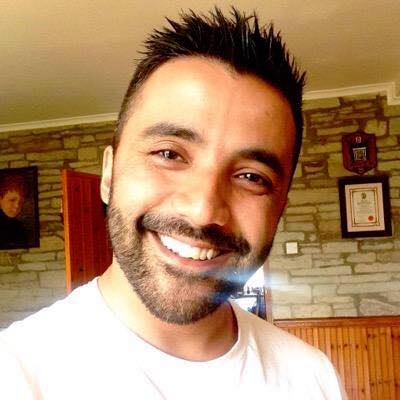 Haroon Rashid was born in Bradford, West Yorkshire England, 20 minutes from Leeds, which is an hour from Manchester. Born into a typical ‘Middle Class’ upbringing, he came from what he describes as a nice family. I asked Haroon about how he discovered his love for music and this is what he shared: “I was 8 years old. My older brother was recording a MTV weekend birthday special on Aerosmith, performing the song ’Dream On’, with a 60 piece orchestra. I remember Joe Perry singing and playing his LesPaul guitar. I said: Thats what I want to be, I wanna be that! I told my parents I wanted to learn guitar and they bought me a cheap 75 pound guitar and I was hooked. I have been playing ever since. Music brought something out from inside me; a fire, creativity…music brought that out”. When I asked Haroon about his Inspirations, he shared they were Aerosmith, Everclear, Reel Big Fish, Blink 182, the Goo Goo Dolls and Lifehouse.

At Age 16, Haroon Rashid was a singer and guitarist in a band which was on TV and Radio. His band was almost signed by a major record label and fans asked for their autographs while they were performing around the United Kingdom. Haroon next recounts suffering with depression. He and his drummer came home from performing out of town and at 1am he recalled looking at his house and not wanting to go back in to ‘have another night with the lights turned off’. He said to his drummer “something is wrong, I can’t explain it, there is a hole in my soul, nothing is filling the void, not even drink, drugs or women”. His friend and drummer who was a committed Christian responded, “you need to come to church”. Soon after, Haroon was born again. He then spent 10 years at Church, eventually becoming a Worship Leader.

Haroon next recounted his first Meerkat feed sharing ‘no one came on’. He ended stream with no viewers and thought ‘what else can I do, I did not want to give up’. He then shared how he changed his approach for the next broadcast on Meerkat. He grabbed his guitar, started playing songs and people came on. In the beginning, he broadcasted 2-4 hours at a time and a couple hundred people would tune in. Based on that success, he thought, ‘lets create a brand and a name: The Haroon Rashid Show‘. During Episode 1 he had over 2,200 viewers. The next thing he knew, he consistently had over 1000 people an episode, which was 2 hours in length. Today, while following only 8 people on Twitter he has 8,000 Followers. 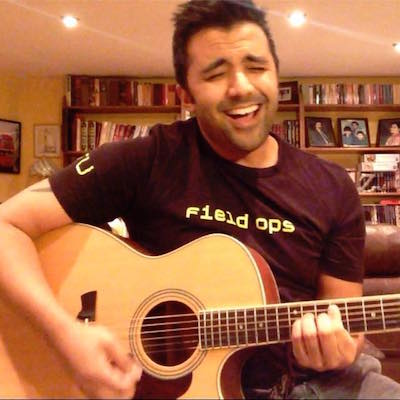 Haroon shared that people like, laugh, have a good time and want to send gifts while watching his show on Meerkat. He recalls struggling to get 50 viewers and now he gets them in the first few minutes of his show. On a lighter side, one viewer of the show wants Haroon to perform a cover song so he can declare his love for someone special.

Haroon Rashid’s new Album which is his first solo album is entitled ‘The King Of Nothing’. He notes the new album will be an acoustic EP with 6 tracks. On the new solo album the song people are absolutely going crazy for and requesting is a love song called ‘Perfectly Perfect’ which he shares is a generic song about a guy who loves a girl. Its a pop rock love song, he adds. Another song his fans love is called ‘Every Part Of You’ which Haroon wrote for his girlfriend, Sarah. He recalls surprising Sarah with the song while dedicating it to her during his live show on Meerkat. “She was watching and she had no idea. I played it as a surprise for Sarah and people went nuts over it. The fact that other people love it so much as well, makes it even more special.”

Towards the end of our Skype Interview, I asked Haroon to play me a little of each of his new songs “Perfectly Perfect and Every Part Of You’ and to my surprise he shared how he injured his shoulder side and wrist in a recent accidental fall, which he indicated needs some healing time. And to my further surprise, not only did he play these two songs for me while in pain, he played them with a smile on his face and he played them perfectly. That’s the kind of guy Haroon Rashid is, always there to make his fans happy!

As I concluded the interview, I asked Haroon how he feels about his fans and he shared: I am just so glad that people are watching me in the thousands, it’s such an honor that people choose to wake up with me as opposed to Good Morning America. Most importantly he says: “I am so so grateful, they are the best fans in the world and I love them so much”.