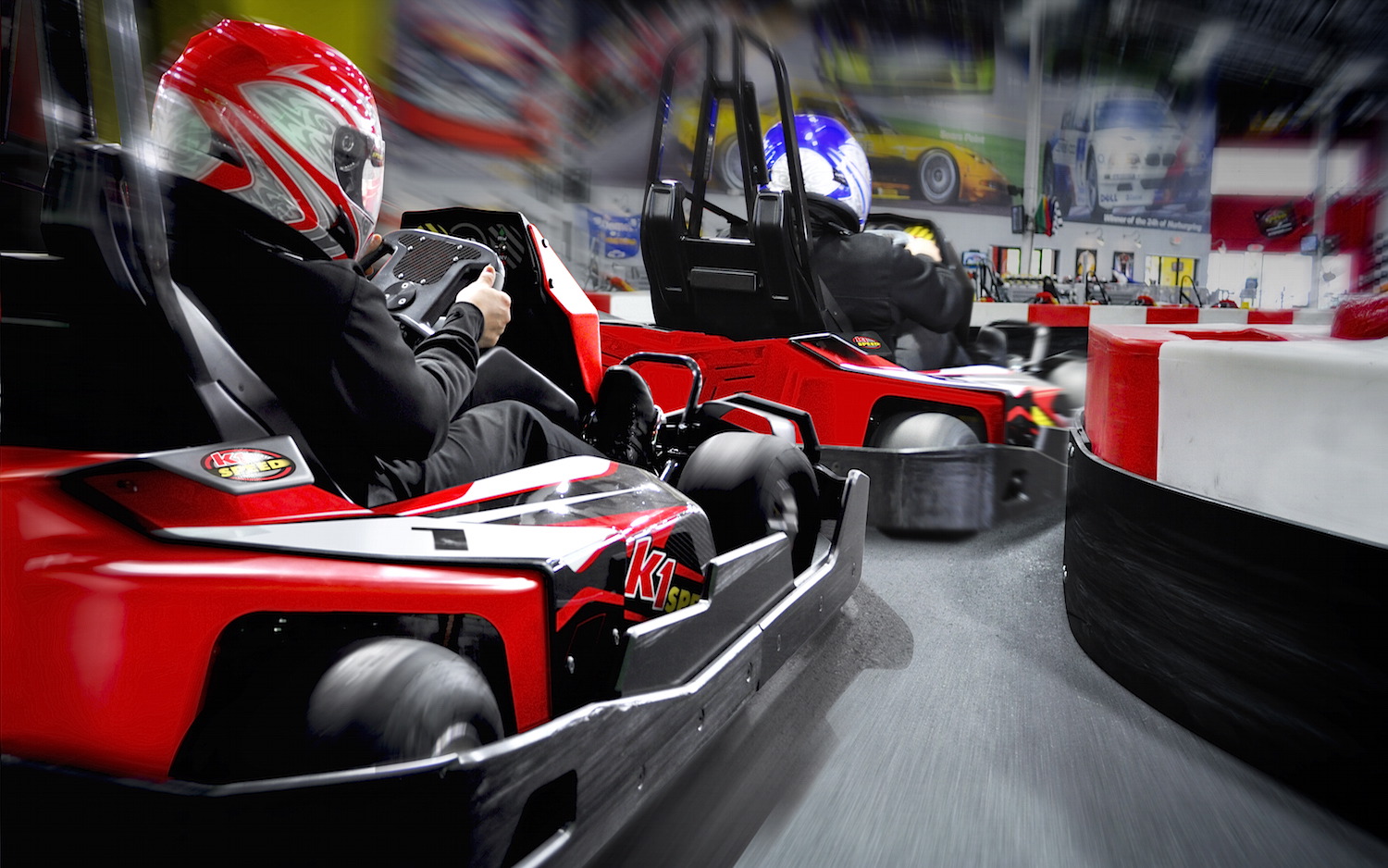 Orlando Grand Prix is one of Orlando’s Indoor Go Carting facility.  All Go Carts  are electric and are capable of 45 MPH.  They definitely will get up and go.  They have 2 tracks, one for Juniors (48” – 57”) and one for the adults (58+”)

When we arrived at Orlando Grand Prix, we were immediately greeted by their friendly employees.  They asked if we had ever been there before.  Of course we had not, so we were told we had to create a Race Account for each racer on the computers they had for us.  We all signed in.  They called us up, and we all had to pay for a Annual Drivers License ($6 Annually) and then registered for our race times. 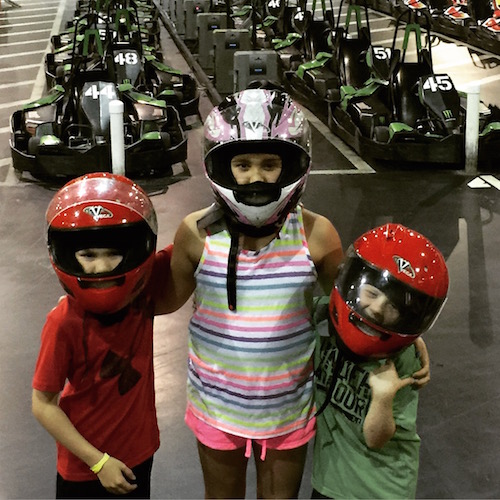 Of course, we let the kids (Juniors) race first, so us adults could watch them.  We knew it was their turn, because they had listed their names up in the screen, and listed their cart numbers as well.  The kids hurried into the “Pit” area, where they got there race instructions and were showed exactly how to drive the cars.  I was a bit nervous letting my 9 drive a go cart, as I usually drive and he rides along.  But they assured us, they would be fine.  Each junior received a full helmet ski mask, to put on their head, under the full helmet they get.  I assumed the ski mask was to protect them from any germs left in the helmet by the last driver.

Once the kids donned their helmets they headed over to their carts, where they strapped in, and received their last safety briefing.  While you couldn’t really see the smiles on their faces, I assumed they were excited.

One of the coolest things about these go carts, is that the Race Officials control the speed of each cart.  So they start the kids off very slow, until they get the hang of it, and then the white flag is waved and race begins.  Off the kids went, driving as fast (and as safely) as they could.  On the big screens the computer kept  the lap times of each car, so you could see how each of the kids were doing.  This is how they determine who wins the race.  Not by who finishes first, but who has the fastest lap time.

When the kids were finished with their race, they each received a computer print out of how fast their car went, their lap times and what place they came in.  They really liked looking and analyzing them. 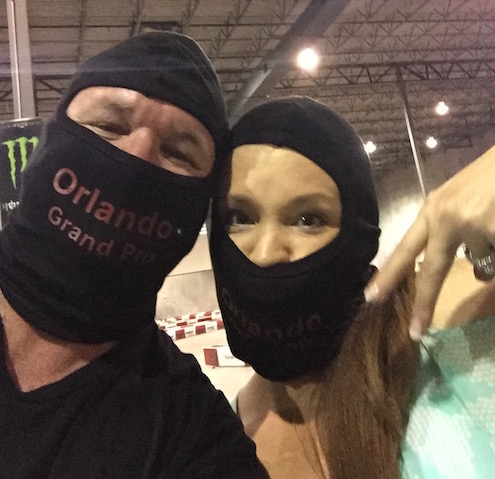 Now it was the adults turns.  We put on our helmets and headed out to our assigned cars.  When I sat in my car, I was surprised on how comfortable everything was compared the normal lawn mower engine car. 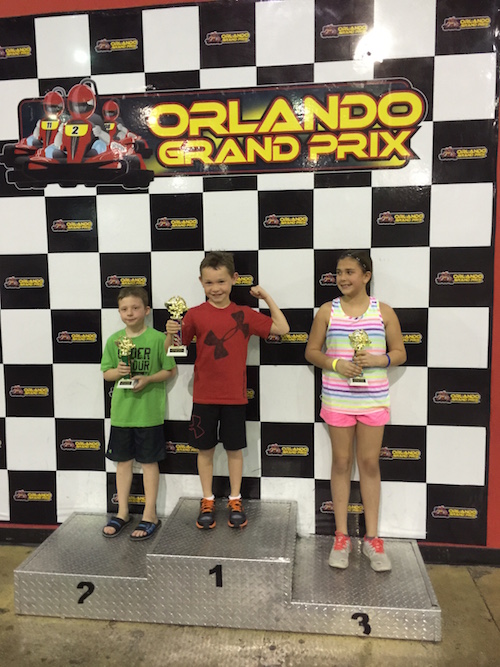 I strapped in, and waited for the race to begin.  Just like the kids we all moved around the track slowly until we were all on the track and ready to go.  Then all of a sudden my car took off.  FAST!!  I was literally pushed back in my seat.  Steering a go cart that goes that fast was easy, but yet quite a work out.  The breaks on the cars worked like magic.  There were many times where I thought I was going to crash, and hit the breaks, only to find myself slow down quickly and able to maneuver around the turn with ease.

Every lap, I was able to glance up at the big screen to see how I was doing as far as lap time.  I was actually winning!  I kept driving as fast as I could, maneuvering around the slower drivers.  Then the checkered flag came out, and we pulled into the pits.  Imagine my surprise when I looked up to see how had did, and my nephew had pulled off the fastest lap time on his very last lap!  Bummer for me, but awesome for him.  All the adults exited their carts with smiles on their faces and received their computer print outs.  Its actually amazing on all of the statistics that they can give you about your individual cart and you driving style.

The kids decided they wanted to ride again, so we off they went.  When they were finished, Grandma decided to buy them all trophies to show off to their friends.

If you are looking for something to do on a hot, cold, sunny or rainy day, Orlando Grand Prix is the place to go.  It is fun for juniors and adults too!